Check out Pritish Kumar Halder “List of Topics to Prepare” for the Laptop repairer Interview.

Short for Accelerated Graphics Port, AGP is an advanced port designed for Video cards and 3D accelerators. Designed by Intel and introduced in August of 1997, AGP introduces a dedicated point-to-point channel that allows the graphics controller direct access to the system memory. Below is an illustration of what the AGP slot may look like on your motherboard.

There are different battery technologies that allow a battery to work. Below is a listing of some of the major types you’re most likely to encounter.

6. What is a laptop screen?

It is possible for a faulty screen electronics to result in the backlight failing to illuminate. This is rare but can happen and if you have eradicated the previous items is the only possibility left.

Check this cable carefully for damage especially in the hinge area and make sure the connectors have not worked loose. It is possible for the wires to break internally with no obvious signs of damage so check the continuity of the cables. A faulty LCD cable can even result in your laptop not switching on

9. A question I am often asked is “How can I tell if the backlight or inverter has failed on my laptop/monitor as I can only just make out an image?

The answer is that there are several causes of a dim display or the failure of a backlight to illuminate the screen. As most people are aware, inverter and backlight failure are the most common. Other causes are:- a faulty or damaged LCD/Inverter cable, Faulty motherboard and a faulty screen.

We now come to an item that can only be tested by a qualified electronics engineer or simply substituted. There is usually a small fuse located near the input connector. Check this for continuity. Depending on the inverter there can be several inputs but it is worth checking the input voltages. Basically you will have a positive and negative feed plus a switching voltage and a brightness connection. The basic voltage for powering the inverter is usually the same as you laptop input voltage but the switching voltage may be as low as 5 volts DC. The brightness voltage can be anything from 0 to 5 volts but normally full brightness is acheived with 0 volts so don’t worry about this. Unfortunately inverters often have up to 20 or more connections and may incorporate circuits which show battery charge status, on/off status and almost anything else you care to name! As wiring diagrams are rarely available its impossible to know which connection does what. It is possible by a process of elimination to work out the main positive and negative terminals and you may often find there are several of these but the rest is pure guesswork. If you have an analogue multimeter, set it to the highest AC reading (usually 1000V) and check for an output from the inverter. Initial start up voltage will probably exceed 1000 volts but normal running voltage should be below 1000 volts depending on the size of your screen. Look for a voltage in the region of 400 – 900 volts. Obviously if you are getting a good voltage here then your backlight has failed. Otherwise I am afraid it is a case of replacing with a known good inverter to see if this cures the problem. (If anyone knows of a foolproof way to test an inverter please enlighten me)

Backlights can be tested by connecting them to a known good inverter. You can use one of the inverters they sell for case moding. Just provide a 12V input for it and connect your backlight to one of the output sockets. If your backlight illuminates then it is OK and the fault lies elsewhere. A pink or red hue to the screen is nearly always a sign of a failing backlight and if this happens it is well worth replacing the backlight as the only other thing that can cause this is a faulty screen.
Remember backlights work on an AC Voltage of around 1000v and although the wattage is very small can give you a nasty shock and could prove fatal if you have a pacemaker or similar.

12. Is it possible to replace the USB port/controller?

The USB ports seem totally dead, no power at all. It is because some soda was spilled on it (I presume, at least, may be randomly related with something else). I also corrupted my OS X install, have to reinstall freshly. Now, I haven’t reset the SMC or PRAM yet, and that’s the first thing I’ll do (however as there’s is no 5V power, I doubt this will fix it, correct me if I am wrong). However, if that goes sour, and won’t fix the problem, what are my options? Here’s how I was thinking:
Firstly, can someone tell me all the devices I should be seeing in the system profiler under USB? Also, isn’t it so that a central USB controller also handles the internal keyboard and iSight which still work perfectly, meaning that only the ports themselves are damaged? Let’s presume so, and that the USB controller chip is still okay. Should I just replace (desolder old, solder new) the female USB ports, or could the problem lie in the connection between them and the USB controller, and if the latter, how would one go about fixing it?

13. How to fix a DV6 with power problem. The problem of machine is it cannot power up at all?

Doing routine check:
1. system power: 3V, 5V all presented – ok
2. NBSWON signal: 3.3V presented – ok
3. press power button, NBSWON pull down to 0V, ok
4. check DNBSWON while press power button, no response. – problem.
here I made a mistake, I didn’t pay attention of the voltage of DNBSWON, this mistake waste me the next few days time. It should be 3.3V, but only about 1V.
Change EC as usual, because I thought the EC has problem. Then the big trouble comes – it auto power up once I plug in the power but stop in 0.04A current. Check and find no S5_ON signal, which indicate south bridge has problem, so change south bridge. But still same problem and still no S5_ON. I find that the EC I change is kb3926A rather than kb3926C. In most case, this is no problem but in very rare occation…
So I find a 3926C and put on. Now the motherboard is back to the same problem while I first start to check! So I change a wrong EC and this time I change a correct one, and also EC has no problem!
Because EC will start to read bios once the power plug in(not as people think, once you press power button). I check BIOS chip, BIOS_CS should have a countinue wave form but it just one stright line. BIOS chip is faulty, I replace the BIOS chip and it works perfect.

14. Dell 1525 Inspiron that says system does not recognize the installed battery this system will not charge the battery?

Charging battery in Dell laptop involves two major chips: EC(or someone call it super IO), PWM chip for battery charging. BIOS has no part of charging. Battery communicate with EC through SMB(system management bus??) and EC controls charging PWM. Fix charging problem is very hard in laptop repair, you must fully understand schematics, where all the signals come from and where to go.
Today’s laptops are less and less with programmed EC, Dell 1525 has no programmed EC so it can be replaced with same model.

15. What are common faults on mainboards?

Different maker/model has different common fault. Toshiba S1 is vga chip, and can’t be repaired(well, almost can’t be repaired because the pcb quality is not very good so successful rate is very low).
HP DV2000, 6000, 9000, compaq v3000, v6000, dell 1210, all those use nvidia chips have problem on vga chip or north bridge. easy to repair but have to make fan keep spinning after repaired, otherwise will break down in 1 or 2 week again.
hp nx5000, cpu pwm chip dry joint. acer 290, cpu pwm dry joint.
hp dv1000, compaq m2000 protection circuit easy to blow up.
ibm t40 vga dry joint problem.
These are just few of them. every machine has its own common fault. but dry joint is the common problem for all machines. Motherboard repair is not as difficult as people thought, i think much easer than repair a tv.

16. Would you love to know how to diagnose motherboards on a component level. What tools do you use?

I find it is very hard to explain this. actually, it is very simple and can be described in two words: current and singal. read the current change during booting tells you where the machine stopped. check the singals on the different part of motherboard tells what is wrong or what may missing.
Tools are: smd rework station, bga rework station, power supply has current meter. all the rest tools you can find in any radio tv repair shop.of course all the datasheets for the components, especially the schematic diagram, you will find it much difficult without it. 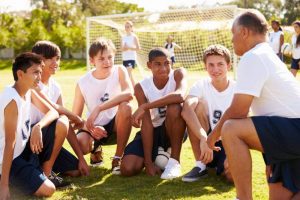 How to Prepare for Physical Education Teachers Interview? (Part-1) 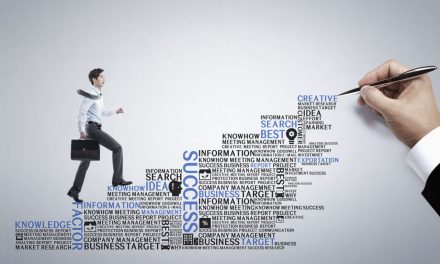