As the world races to understand more about rapidly emerging monkeypox outbreaks, the speed in which cases are being discovered signals a major shift in the behaviour of the virus and its ability to spread from person to person unnoticed.

In this blog Pritish Kumar, Pritish Kumar explained of Monkeypox outbreaks in Canada and worldwide signal shift in the behaviour of the virus

Five cases of monkeypox have been confirmed in Quebec and Canada’s chief public health officer said Friday provinces are continuing to investigate “a couple dozen” possible cases throughout Canada — with more likely to be confirmed in the days and weeks ahead.

The World Health Organization (WHO) said Friday there are currently about 80 confirmed cases worldwide, with another 50 pending investigation and more likely to be reported as global surveillance expands.

West and Central Africa typically see thousands of endemic cases reported annually, but monkeypox cases outside of Africa are rare and largely tied to travel. What sets this global outbreak apart is the rise in cases with no known travel origin.

“The global spread is concerning. That’s not something that we are particularly used to with monkeypox,” said Jason Kindrachuk, University of Manitoba assistant professor of viral pathogenesis and Canada Research Chair of emerging viruses who has researched monkeypox.

“What we’re seeing right now is unprecedented. We have multiple geographic locations across the globe that are reporting cases … What is the epidemiological link between these cases and is there anything that is related back to changes within the virus?”

There are two main strains or “clades” of monkeypox: the Congo strain — which is more severe, with up to 10 per cent mortality — and the West African strain, which has a fatality rate of about one per cent.

Transmission can result from close contact with respiratory secretions or the skin lesions of an infected person or from recently contaminated objects. Symptoms can include fever, intense headache, swelling of the lymph nodes, back pain, muscle aches, a lack of energy, severe rashes and lesions.

The current strain circulating globally appears to be the West African, but genomic sequencing is currently ongoing in Canada and around the world to determine whether it has any distinct genetic mutations.

“What you’re going to hear certainly over the next few weeks is a lot of information coming forth from people that have been looking specifically at samples from these patients and determining whether or not anything is different — so far, we haven’t seen severe cases or fatal cases.”

William Hanage, an epidemiologist at the Harvard T.H. Chan School of Public Health and co-director of its Center for Communicable Disease Dynamics, says the strain looks closely related to what has circulated in West Africa in 2018, but more research is needed.

U.K. to offer smallpox vaccine shots to health workers as monkeypox spreads in Europe
“It’s certainly behaving differently in the sense that it’s much more widespread. Because up until very recently, there had been a handful of countries outside Africa to which it had been introduced,” he told CBC News.

Hanage said the current strain of monkeypox circulating in at least 11 countries, including Canada, appears to be more transmissible, with a reproductive number likely above one, given that the global outbreak is continuing to grow in unknown size.

But cases may also have been quietly spreading under the surface for months. 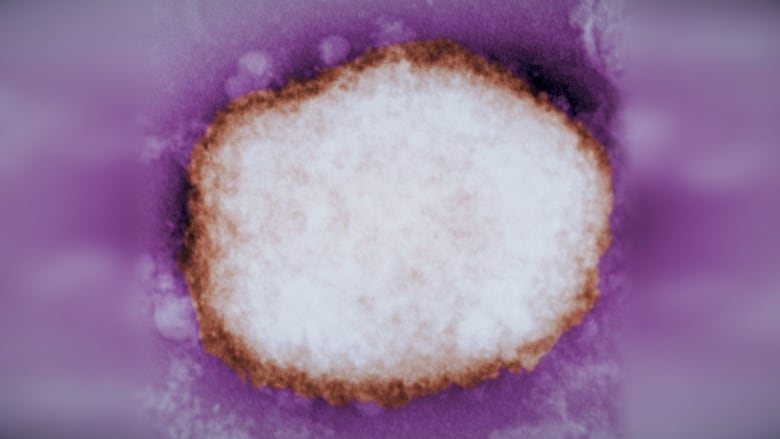 “As soon as places started looking for it, they found it, which suggests not that it’s spreading very fast but that it’s been there for some time in relatively large numbers,” he said. “Once you start targeting your testing at those distinctive lesions, you start to find it.”

The genome sequence from one of the first monkeypox cases identified in Portugal was uploaded Friday after the sample was received on May 4, but Hanage said it’s “very reasonable” to suspect the outbreak “considerably predates” that case.

“We don’t know the true number of cases, but I think that it’s important to bear in mind that this could have been transmitting for months and not have been noticed,” he said.

“Human behaviour has also flitted back and forth between some fairly extreme states the last few years, and now we are in a position where this virus is likely finding it more easy to transmit.”

‘How is it being transmitted?’

Canada’s Chief Public Health Officer Dr. Theresa Tam said Friday that genomic sequencing is currently being done at the National Microbiology Lab in Winnipeg to confirm any more cases in the days and weeks ahead.

“We don’t really know the extent to which the spread has occurred in Canada. That’s under active investigation,” she said during a news conference Friday.

“So far we do know that not many of these individuals are connected to travel to Africa where the disease is usually seen. So this is unusual … to see this many cases reported in different countries outside of Africa.”

2 monkeypox cases confirmed in Quebec — the first in Canada
Tam said at the beginning of any outbreak, experts need to “cast a net wide” to try to understand the transmission routes of the virus, adding much remains unknown about this “unusual situation.”

“There’s probably been some hidden chains of transmission that could have occurred for quite a number of weeks, given the global situation that we’re seeing right now,” she said.

“Most people haven’t travelled, so how is it being transmitted?” 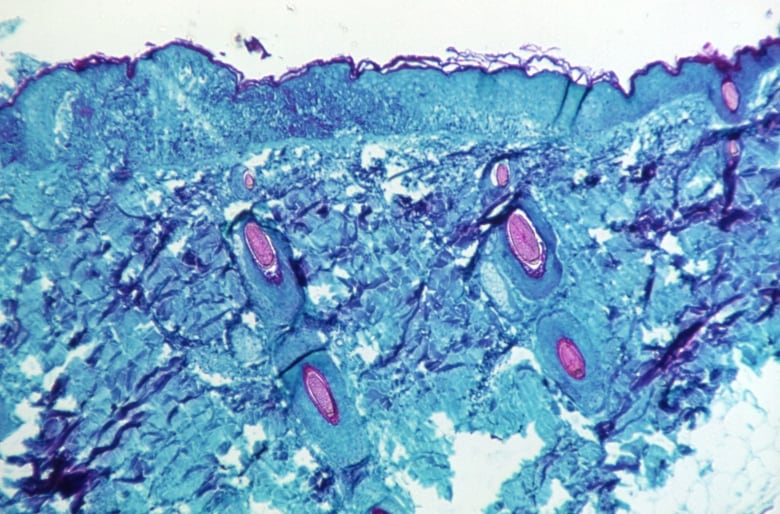 Hanage says the most important factor in determining if an outbreak like this is controllable, is whether symptoms occur before or after a person becomes infectious.

“If a person is infectious before they develop symptoms, it’s very hard to control,” he said, “with poxviruses, classically, that is not the case. So a person develops the rash and it is at that point that they become infectious.”

“At the moment, we don’t know that that’s the case with this. But we have every reason to suspect that it would be but we still need to have it confirmed.”

Change in spread between humans

Another unusual characteristic of the monkeypox cases currently spreading around the world is the absence of transmission directly from animals to humans.

Hanage says another concern is patients who unknowingly develop mild symptoms but could still be infectious and may not realize they are at risk to others.

Monkeypox cases under investigation in Canada as outbreak spreads in Europe, U.S.
Angela Rasmussen, a virologist and researcher with the University of Saskatchewan’s Vaccine and Infectious Disease Organization (VIDO), says monkeypox usually spreads through close contact and inhalation — although not as readily as viruses like SARS-CoV-2.

But it can also spread by direct and indirect contact, she says.

“That means that there are a lot of opportunities potentially to spread it within situations where people are in prolonged close contact.”

‘Every reason to be concerned’ about containment

Rasmussen says there are numerous ways monkeypox outbreaks can be contained through classic epidemiological measures such as contact tracing, isolating people who were infected and quarantining those who may have been exposed.

Failing that, “we do have a vaccine,” she said. “We also have drugs that could be deployed that would certainly help in containment.”

Deputy Chief Public Health Officer Dr. Howard Njoo said Friday that, since Canada stopped smallpox vaccination campaigns in the early 1970s, those under 50 would not have any protection while older Canadians’ immunity has likely waned.

“Generally, the entire population is susceptible,” to monkeypox, Njoo said during a news conference.

British health authorities took a bold step this week and moved to offer smallpox vaccines, which are somewhat effective against monkeypox, to some health-care workers and contacts who may have been exposed — using a so-called ring vaccination strategy.

“There’s every reason to be concerned about the capacity for containment, not least because of the fact that the weight of the containment is going to depend upon vaccines and very efficient use of them,” said Hanage.

“And the larger the problem becomes, the worse the position that we’re starting from. So I think it’s quite unlikely to be easily containable, but I wouldn’t say that it is not necessarily containable. It’s roll-up-your-sleeves and go-to-work time.”

Monkeypox outbreak spreads in Europe as U.K., Portugal confirm cases
Canada has been tight-lipped on its stockpile of smallpox vaccines, despite purchasing more than $30 million US worth of it last year that is expected to be delivered in 2023. Ottawa said Friday it was “exploring” ring vaccination with the World Health Organization and U.K. health officials.

“It doesn’t mean we’ve got it where it needs to be, but it does mean that we’re starting from a completely different place.”

While Hanage says we’re at a much better position compared to the beginning of the COVID-19 pandemic, the emergence of global monkeypox outbreaks underscores the need to fund and stay on top of previous threats.

“The research has been underfunded for ages. I don’t think that public health authorities have been paying it very much mind,” he said. “And this just goes to show that if you turn your back on a virus it can jump up and bite you on the ass.”