What is Structured Query Language (SQL)?

Structured Query Language (SQL) is a standardized programming language that is used to manage relational databases and perform various operations on the data in them. Initially created in the 1970s, SQL is regularly used not only by database administrators but also by developers writing data integration scripts and data analysts looking to set up and run analytical queries.

The term SQL is pronounced ess-Kew-ell or sequel. Read below article by Pritish Halder

SQL is used for the following:

SQL queries and other operations take the form of commands written as statements and are aggregated into programs that enable users to add, modify or retrieve data from database tables.

A table is the most basic unit of a database and consists of rows and columns of data. A single table holds records, and each record is stored in a row of the table. Tables are the most used type of database objects, or structures that hold or reference data in a relational database. Other types of database objects include the following:

Each column in a table corresponds to a category of data — for example, customer name or address — while each row contains a data value for the intersecting column.

Relational databases are relational because they are composed of tables that relate to each other. For example, a SQL database used for customer service can have one table for customer names and addresses and other tables that hold information about specific purchases, product codes and customer contacts. A table used to track customer contacts usually uses a unique customer identifier called a key or primary key to reference the customer’s record in a separate table used to store customer data, such as name and contact information.

SQL became the de facto standard programming language for relational databases after they emerged in the late 1970s and early 1980s.

An official SQL standard was adopted by the American National Standards Institute (ANSI) in 1986, with the International Organization for Standardization (ISO) adopting the standard in 1987. New versions of the SQL standard are published every few years, the most recent in 2016.

ISO/IEC 9075 is the ISO SQL standard developed jointly by ISO and the International Electrotechnical Commission. The standard way of referring to an ISO standard version is to use the standards organizations — ISO/IEC — followed by the ISO standard number, a colon and the publication year. The current ISO standard for SQL is ISO/IEC 9075:2016.

Both proprietary and open source RDBMSes built around SQL are available for use by organizations. SQL-compliant database server products include the following:

Some versions of SQL include proprietary extensions to the standard language for procedural programming and other functions. For example, Microsoft offers a set of extensions called Transact-SQL, while Oracle’s extended version of the standard is Procedural Language for SQL. Commercial vendors offer proprietary extensions to differentiate their product offerings by giving customers additional features and functions. As a result, the different variants of extended SQL offered by vendors are not fully compatible with one another.

SQL commands are divided into several different types, including the following:

SQL syntax, the set of rules for how SQL statements are written and formatted, is similar to other programming languages. Some components of SQL syntax include the following:

Most SQL implementations include support for issuing statements at the command line, through a graphical user interface, by using SQL programs or through application programming interfaces to access SQL databases using other programming languages.

Most SQL commands are used with operators to modify or reduce the scope of data operated on by the statement. Some commonly used SQL commands, along with examples of SQL statements using those commands, follow.

SQL SELECT. The SELECT command is used to get some or all data in a table. SELECT can be used with operators to narrow down the amount of data selected:

This example could be used by a publisher to select the title, author and publication date columns from a table named catalog.

SQL CREATE. The CREATE command is used to create a new SQL database or SQL table. Most versions of SQL create a new database by creating a new directory, in which tables and other database objects are stored as files.

The CREATE TABLE command is used create a table in SQL. The following statement creates a table named Employees that has three columns: employee_ID, last_name and first_name, with the first column storing integer (int) data and the other columns storing variable character data of type varchar and a maximum of 255 characters.

SQL DELETE. The DELETE command removes rows from a named table. In this example, all records of employees with the last name Smithee are deleted:

This statement returns the number of rows deleted when it finishes running.

SQL INSERT INTO. The INSERT INTO command is used to add records into a database table. The following statement adds a new record into the Employees table:

SQL UPDATE. The UPDATE command is used to make changes to rows or records in a specific table. For example, the following statement updates all records that include a last_name value of Smithee by changing the name to Smith:

SQL statements can use loops, variables and other components of a programming language to update records based on different criteria.

SQL-on-Hadoop query engines are a newer offshoot of SQL that enable organizations with big data architectures built around Hadoop data stores to use SQL as a querying language and enable database professionals to use a familiar query language instead of having to use more complex and less familiar languages — in particular, the MapReduce programming environment for developing batch processing applications.

More than a dozen SQL-on-Hadoop tools are available from Hadoop distribution providers and other vendors; many of them are open source software or commercial versions. In addition, the Apache Spark processing engine, which is often used in conjunction with Hadoop, includes a Spark SQL module that similarly supports SQL-based programming.

Not all SQL-on-Hadoop tools support all of the functionality offered in relational implementations of SQL. But SQL-on-Hadoop tools are a regular component of Hadoop deployments, as companies look to get developers and data analysts with SQL skills involved in programming big data applications.

SQL servers are subject to most of the same vulnerabilities as any other enterprise application, including weak authentication, insecure design, misconfiguration and other application security issues. However, SQL injection, first reported in 1998, continues to dominate security issues for SQL systems.

SQL injection attacks usually exploit weaknesses in systems where data submissions are not scanned and sanitized to remove potentially malicious code incorporated or injected into data.

The best-known example of a SQL injection exploit is documented in the “Little Bobby Tables” comic by Randall Munroe, in which a SQL injection is perpetrated by a mom who filled out a SQL form with her son’s name followed by malicious SQL code.

In the comic, the son’s name is entered as the following:

Following the valid data (Robert), the name continues with characters that SQL servers interpret as ending the data — single quote, close parenthesis and semicolon — followed by the DROP TABLE command.

Use of best practices for database security can help protect an organization’s most valuable digital assets.

With roots going back to the early 1970s, SQL continues to make key milestones in history as one of the most successful ideas in computing history.

SQL skills can boost many careers, not just those of database administrators, data warehouse architects, database programmers and others whose roles directly use SQL.

Some other roles that can benefit from SQL experience include the following: 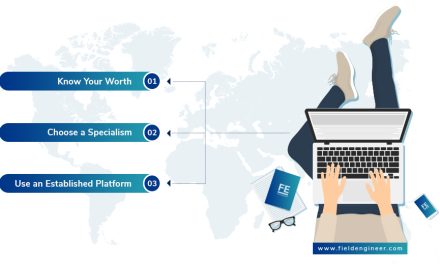