X-ray glasses are a novelty product designed to create the illusion that the user can see through solid objects. They are plastic-framed eyeglasses with special lenses made of cardboard. The manufacturing process involved in their production includes plastic stamping, papermaking, printing and glueing. Inspired by the real discovery of x rays by nineteenth-century scientists, x-ray glasses were introduced during the 1940s as a gag product. Today, they have become timeless icons of American pop culture.

X-ray glasses do not actually allow the user to see through objects. They are constructed of a plastic frame with lenses of heavy cardboard. In the center of each lens, small holes about 0.25 in (0.64 cm) in diameter are punched out. Feathers that create a polarizing effect cover the holes. When looking through the hole, objects appear to have a transparent outline and a solid center. This effect creates the illusion of x-ray vision. The prankster then uses the glasses and pretends to be able to see through things like walls, clothes, and other objects.

The idea to create x-ray glasses could not have been conceived until real x rays were discovered. This was done by Wilhelm Roentgen around 1895. In the late nineteenth century, Roentgen and other scientists were working with electrons. He wanted to visually capture their movement so he wrapped a Crookes tube in black photographic paper. During the experiment, Roentgen found that a plate coated with fluorescent material began to glow. He knew this should only happen if the material was exposed to visible light. Roentgen reasoned that there must be some kind of invisible light and upon further investigation, he characterized this newly discovered light.

Roentgen found that the invisible light could penetrate materials such as aluminium, wood and human skin. He called the new discovery x rays and was the first to publish an x-ray image. Over the next few decades, the science of x rays was further understood and the technology was applied to medicine. While scientists had a basic understanding of x rays, the general public developed some erroneous notions. Many people mistakenly believed that x rays could penetrate solid materials, that they could use them to see through things like walls, boxes, and clothes. This myth was reinforced by comic book heroes like Superman who could use x-ray vision to see through solid objects.

An early precursor to x-ray glasses was the Wonder tube, introduced during the 1940s. This product, produced by the S. S. Adams Company, was a tube with a single hole that had a small feather across it. The feather was hidden inside the tube so the user was unaware of its existence. When the user looked at their hand through the tube, it appeared as though they could see their bones. The fine spacing between the strands that make up the feather created this illusion.

X-ray specs were later introduced by the Adams Company. At the time, they were relatively popular. This was probably because the notion of x rays was new and not well understood. Today, the public is more knowledgeable and people do not really believe there are glasses that can allow them to see through objects. However, x-ray glasses continue to amuse the novelty buying public and they remain an icon of American pop culture.

Various raw materials are used in the construction of x-ray glasses. These include plastics, cardboard, feathers, and finishing materials.

Plastics are high molecular weight polymers made through various chemical reactions. Plastics suitable for x-ray glasses manufacture need to be easily colored, heat stable, and durable. Plastics that may be used are thermoplastic materials. Various materials are added to the plastic to make it more useful. Colorants are added to the plastic in order to make the material match the design requirements. Plasticizers such as glycerol are added to improve the workability and flexibility of the material and reinforcement materials such as fiberglass may be added. Finally, stabilizers and antioxidants are also added to improve the durability of the plastic.

The plastic is usually delivered to the manufacturer in a semi-prepared state such as pellets that can be melted down or sheets that can be punched out from a plastics supplier. Some of the additives may need to be mixed in at the point when the plastic is prepared for moulding and formation of the x-ray glasses frame.

The lenses of x-ray glasses are made out of cardboard. Cardboard is a type of paper made from cellulose fibres extracted from wood or recycled paper. There are several different grades of cardboard available, differing in their thickness and exterior coating. For the lenses, a thin, compact cardboard material should be used that will resist bending. The cardboard should also be treated with a coating that will allow paint or silkscreen ink to adhere to the surface.

Various finishing materials are needed to complete the x-ray glasses. Small, thin white feathers are used to help create the illusion. Glue is used to hold the lenses in their frames and the feathers in place. Inks are used to coating the lenses and provide a visual appearance that enhances the trick. This is typically a spiral pattern that confuses the eyes.

The design of the x-ray glasses focuses primarily on the frame size, shape, and colour, and the construction of the lenses. The frame may be produced in different sizes, one to fit adults and one for children. The shape usually resembles thick black plastic frames of the 1950s but may vary.

The lenses are carefully designed in conjunction with the feather in order to create a realistic x-ray image when looking through them. Other synthetic objects may be used to produce a similar effect as well. The exterior design of the lenses varies the most. It is decorated with either inks or an adhesive covering (similar to a sticker). Most commonly, a spiral design is used, but human or animal eyes may be painted on, as well as holograms for a more haunting visual effect.

The manufacture of x-ray glasses can be broken down into three distinct phases, frame forming, lens creation, and decoration and packaging.

1  The glasses frame is made from plastic and typically formed using injection molding. In the first step of this process, a hollow metal mold is prepared that is the exact size and shape of the desired frame. The frame may be produced as a single unit, or separate parts that must be assembled. Most often, they are created as a single unit.

2  Next, pellets of the plastic polymer are released from a holding bin into a machine that liquefies them. The pellets are melted at very high temperatures, usually around 300°F (149°C). Once the pellets have been melted into a liquid plastic, they are ready for injection into the mold.

3  The molten plastic, called melt, is forced into a prepared mold at a very high speed and under intense pressure, approximately 300-700 psi. The melt fills the mold, then a bit more melt is added in order to compensate for the contraction due to cooling and solidification of the plastic.

5  The frames may then be smoothed to remove any rough edges and excess plastic. This is typically done by an abrasive machine, which has rotating discs with sandpaper-like consistencies to smooth out the mold seams. A worker guides the frame over the rotating disc until the desired texture is achieved. The frames are then transported to the fitting station so they can have lenses attached.

6 X-ray glasses have lenses made from cardboard. The cardboard is purchased from a supplier in large sheets of the thickness and grade specified by the designers. Prior to cutting the lenses out, the cardboard sheets are sent to printing presses. The sheets are drawn into a machine where they pass through large rollers. The rollers transfer ink onto the lenses creating the outward appearance. This design is typically a black and white spiral. Numerous lenses are printed onto each sheet.

7  Once the decoration has been applied and set, the lenses are cut out of the cardboard sheets using blankinging machines. The sheet of cardboard is put into a machine and rolled under stampers. The are attached to the roller and are essentially a series of metal cookie cutters the exact size and shape of the lens. As the cardboard rolls through, the stampers come down on the cardboard and cut out the exact shape for the lenses. The cutting is done such that the decoration on the front of the lens is perfectly positioned. The shape for the lens is actually cut so it can be folded over to make a double layered lens.

8 Holes are next stamped through the double layered lenses using a punching machine. The cut-outs are placed so that a metal rod with the same diameter as the desired holes can punch through the center of each lens.

10 The lenses are then attached to the plastic frame. A groove on the frame inside each lens area allows the cardboard lenses to snap in. The x-ray glasses are then put into a plastic bag packaging and a cardboard card is stapled to the top to close the bag. The card is decorated with illustrations to show how the glasses are used.

Quality control begins with the incoming plastic and cardboard which are used to make the x-ray glasses. The manufacturer checks to ensure the cardboard and plastic measure up to specifications related to physical appearance, dimensions, consistency, and other characteristics. For materials that are supplied by outside vendors, the x-ray glasses manufacturer typically requires quality control inspection by their suppliers. During production, the sheets are randomly checked for consistency and printing errors. Defective sheets are removed prior to production. Line inspectors are also stationed at various points on the production line to ensure only quality parts are used for production. Production speeds are verified by computers as are pressure, blanking, and resistance in rolling. Computerized sensors also help monitor each stage of production. Other things that are tested for include color uniformity, water resistance and flexibility of the plastic frame.

The waste products resulting from the manufacture of x-ray glasses includes excess plastic run-off from the injection molding process and scrap cardboard left over from the blanking process. Most of the run-off plastic can be melted down and reused again if it has not been contaminated and still meets the necessary specifications. If it does not, the plastic may be recycled for use in other products. Cardboard can be recycled, so excess scraps are collected for this purpose.

X-ray glasses are not nearly as popular as they once were. Even the novelty stores that carry this type of gag product are difficult to find. Therefore, there is likely to be little change in the design of the current novelty x-ray glasses. In the future, technological improvements in paper and plastic production will be incorporated into x-ray glasses production.

While the production of truly working x-ray glasses is impossible, the idea of creating glasses that can see through some materials looks promising. One product that has been introduced is a pair of goggles that lets the user see through certain types of clothes. They are not based on the principle of x rays but rather on light rays. Like x rays, certain visible and infrared light rays can pass through some materials, like clothing fibers. The object then reflects this light and it is this reflected light that can be seen. Typically, the light reflected from the clothing surface overwhelms a person’s ability to see the reflected light from the body. These goggles are equipped with a sensitive camera that filters out the light from the clothing and captures the reflected infrared light from the body. This makes the covering invisible and allows the object to be visible. 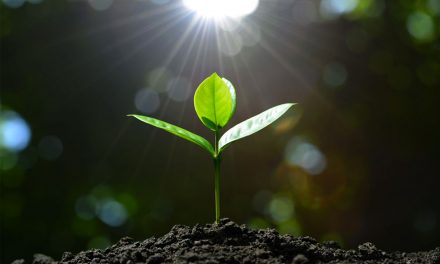 How did astronomers take a picture of our galaxy’s supermassive black hole?